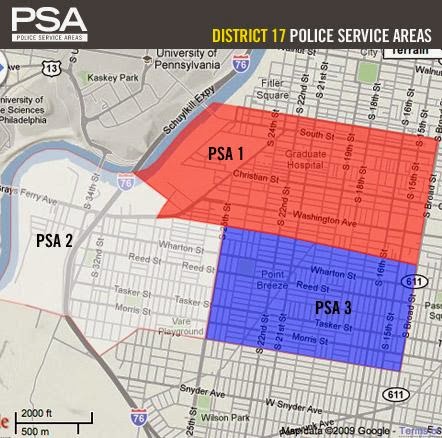 The monthly Police District 17 PSA-1 meeting was held Thursday night at the SOSNA office. Captain Nicholas Brown, newly installed early February, introduced himself and stated some of his goals for the district. He has been with the force for 24 years, lately from the narcotics division. He would like to:
Some personal safety suggestions from Captain Brown and Officer Rechner:
The following are crime statistics for incidents within the South Square Town Watch area for the months of January and February.

Posted by South Square Town Watch at 1:27 AM