A note from Jean:

Town Watch Integrated Services (TWIS) holds a reach-out event each Summer called National Night Out, complete with a kick-off rally which has some food and kids play games and get balloons. The night out is a take-back-your-streets idea. Some neighborhoods have block parties. Some have outside get-togethers.

SSTW has not participated in the kick-off rally in years past, but sometimes we do organize ourselves into casual get-togethers; usually involving a modest amount of beer brought and served on one or more members' steps. The idea is to enjoy being out-of-doors in the city, combined with pleasant social interaction.

If anyone would like to loosely organize something of this nature, like "I will be home and outside on my steps from around 7:30 to 9:00. I may have beer.", feel free and I will send out a notice. 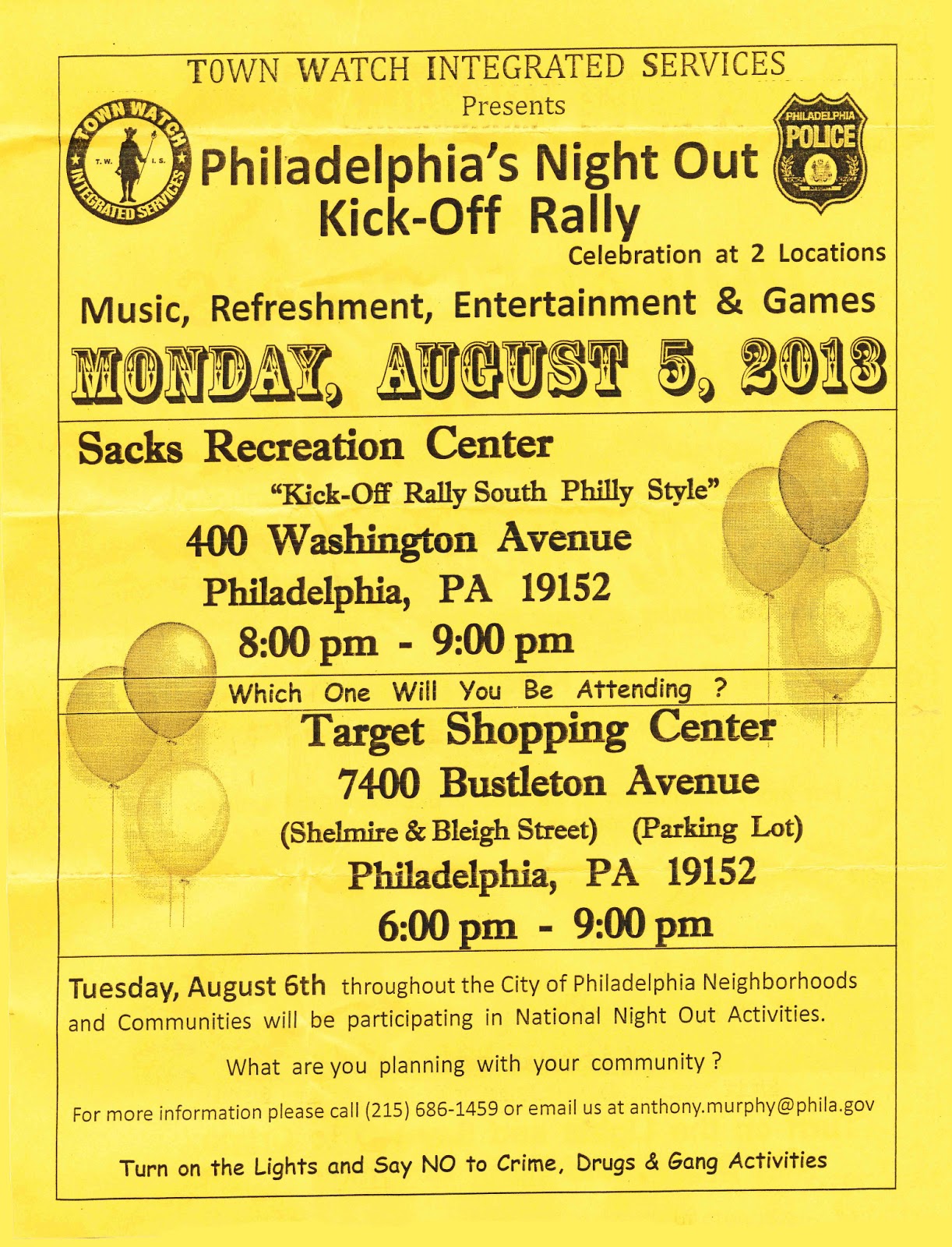 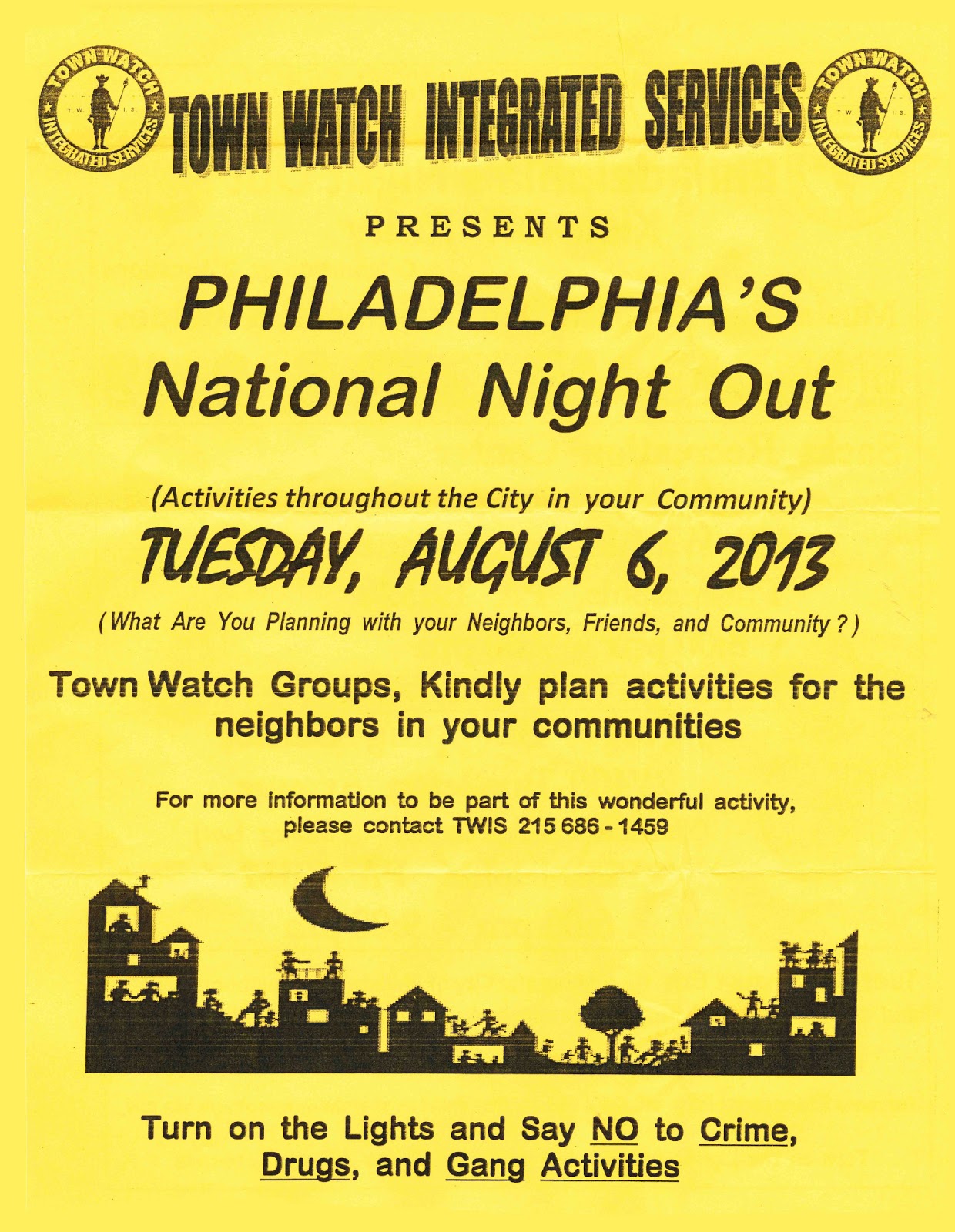 Posted by South Square Town Watch at 12:30 AM